Watch the installation team in action and aerial imagery of the finished mural, located at 700 H Street (on the I Street side) in downtown Sacramento.

The Water Forum commissioned artist Stephanie Taylor to create an original painting for its 20th anniversary. Stephane is a longtime Sacramento resident whose work has appeared in 40 publicly placed mural and sculpture projects in the Sacramento region.

Stephanie’s piece, The Lower American River, celebrates the beauty and wonder of the river as our unique and cherished civic amenity and the only nationally designated “Wild and Scenic” river running through a major metropolitan area.

This beautiful artwork will be displayed as a mural at the Sacramento County Administration Building at 700 H Street in downtown Sacramento as a long-lasting tribute to the Water Forum and our region’s collaboration and work toward reaching the co-equal objectives of providing a reliable and safe water supply for the Sacramento region’s long-term growth and economic health; and preserving the fishery, wildlife, recreational, and aesthetic values of the lower American River. 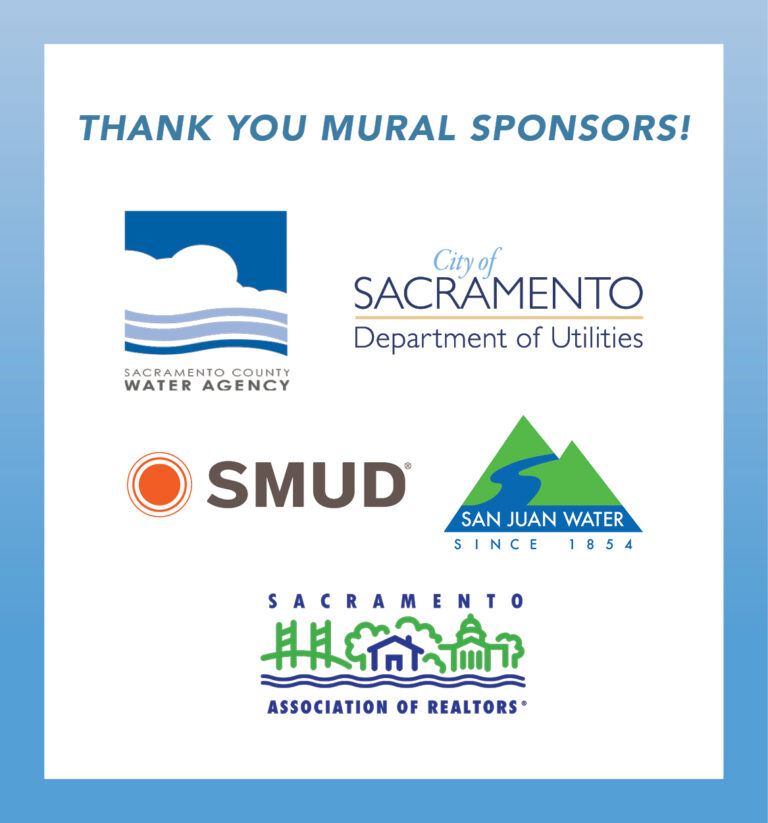 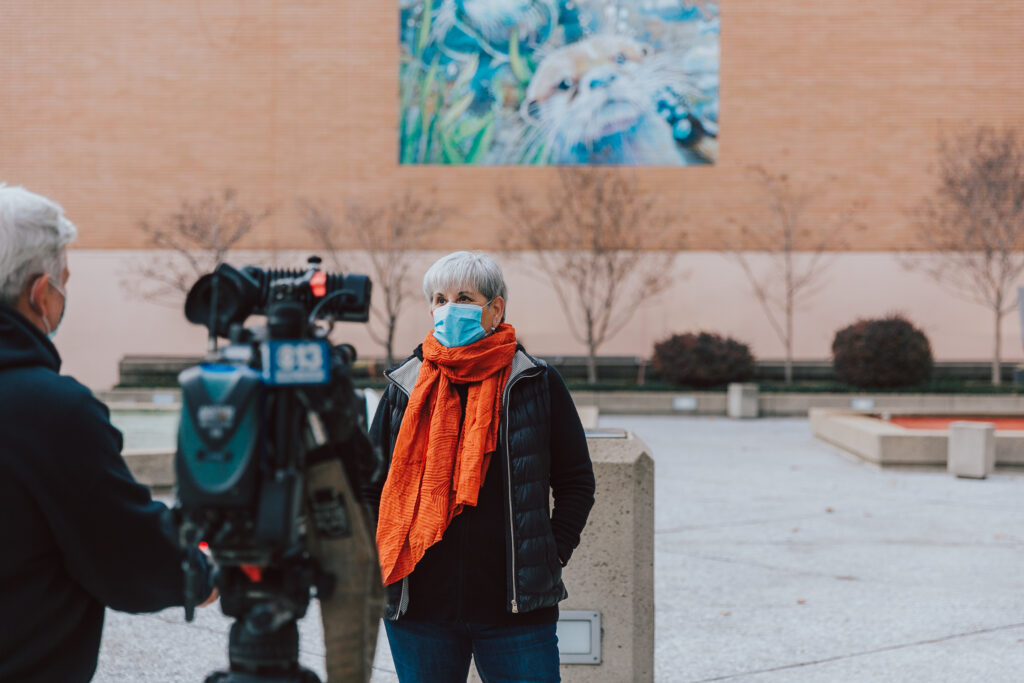 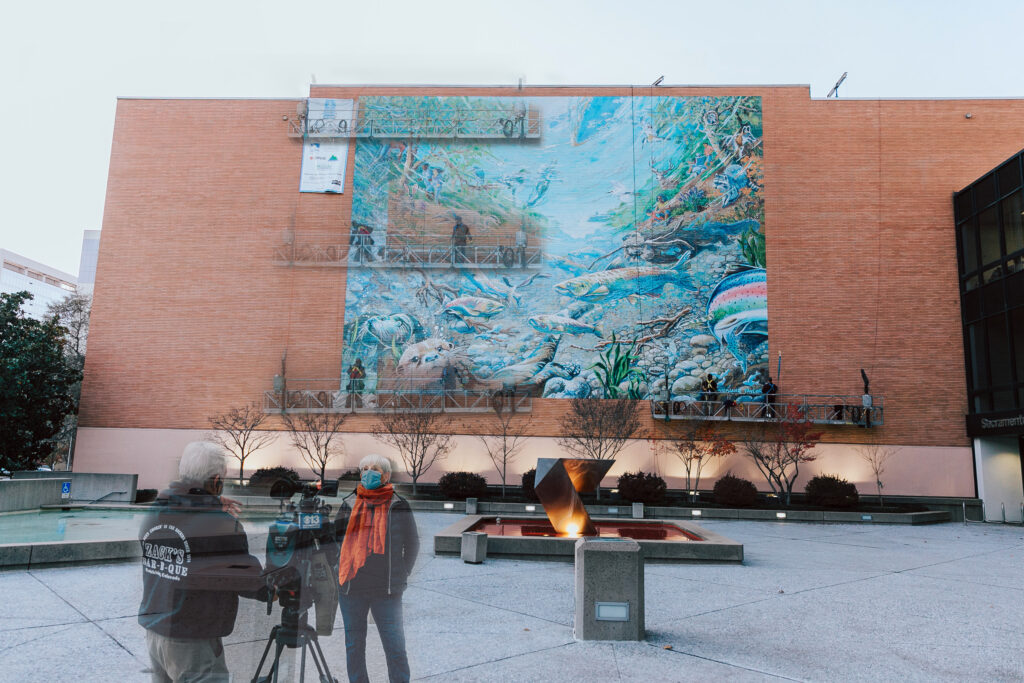 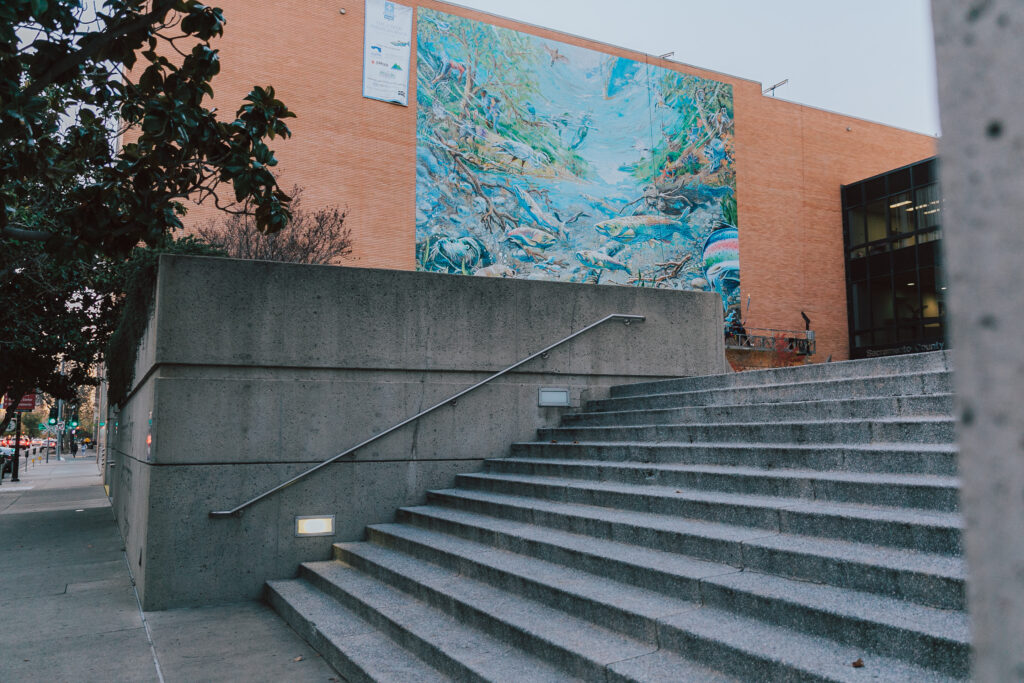 An essay by artist Stephanie Taylor: "Language of the Lower American River" 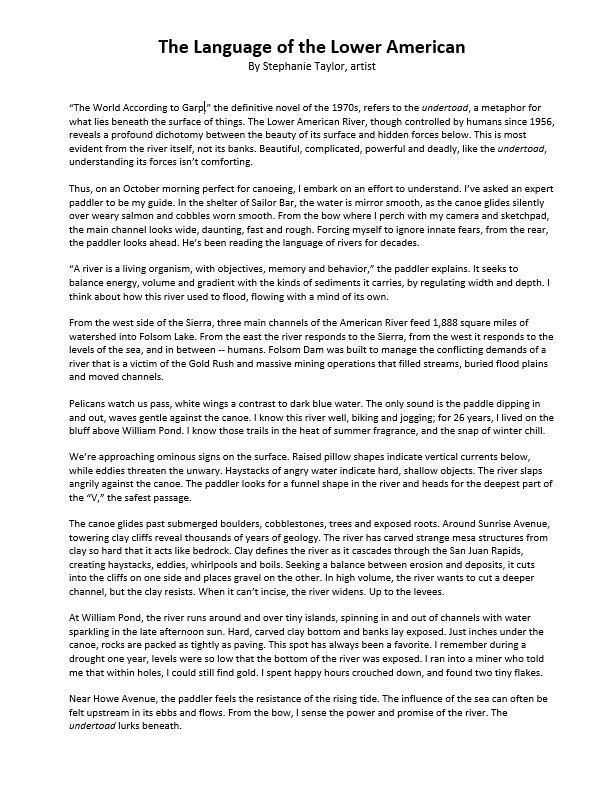 An essay by river guide Tom Biglione: "Of RIvers and Canoes" 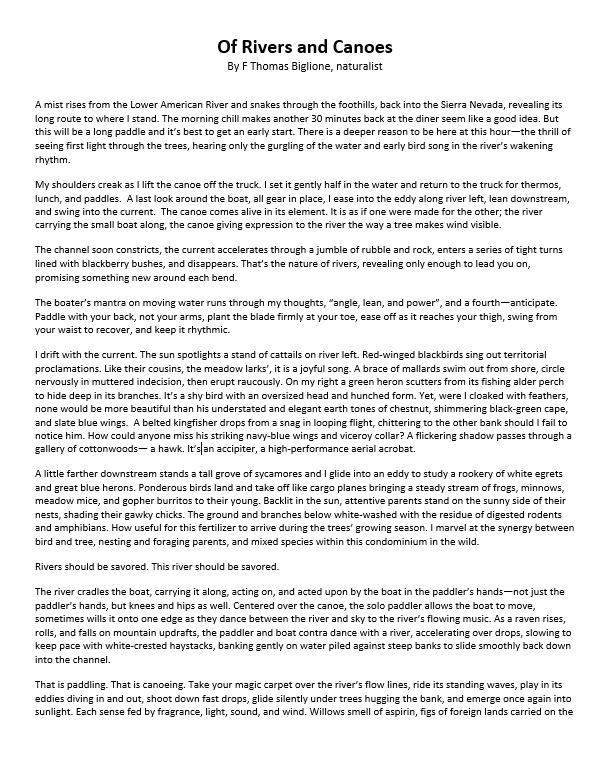 For kids of all ages: A list of creatures featured in the mural and coloring page 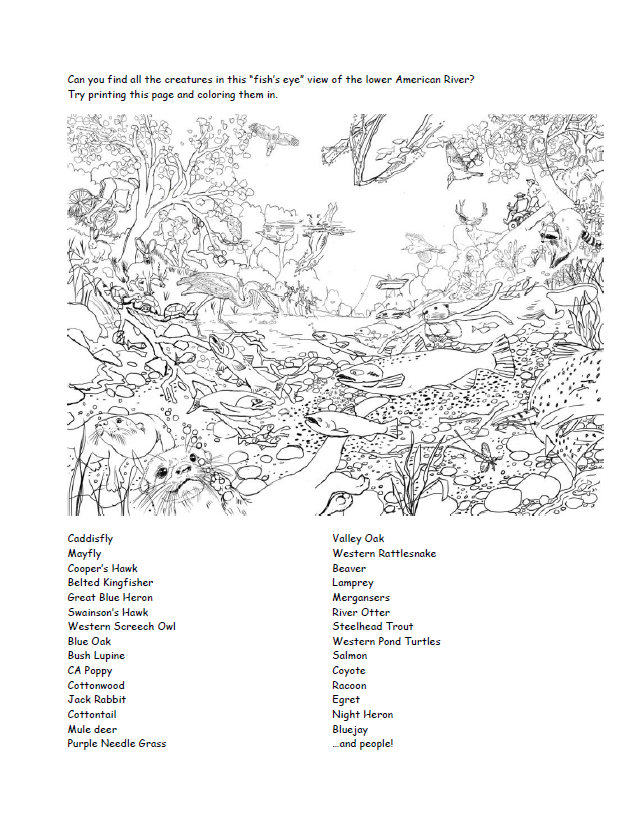 Putting together the puzzle