For nearly a decade, American River Parkway stewards had been dreaming about and working on plans to restore a historic creek that runs through the American River Ranch and empties into the American River. After several failed funding attempts, the project was finally funded in 2014 and creek construction began in early 2016 under the leadership of Sacramento County, the Water Forum and cbec eco engineering.

The project restored natural form and function to a portion of the channelized stream previously named the Clifton Drain. The naturalized waterway, which provides both critical habitat and water quality benefits, was renamed Cordova Creek.

By 2017, Cordova Creek had a natural stream substrate and banks consistent with historical drainage patterns, and was planted with 10 acres of diverse riparian, wetland, and grassland vegetation. A public trail and associated signage was constructed along the creek, connecting nearby neighborhoods to the extensive Jedidiah Smith Memorial Trail.

The award-winning naturalization project successfully made the dreams of Parkway stewards a reality and transformed the landscape from inaccessible fallow farmland to a thriving native Sacramento ecosystem and a great place to recreate and learn.

Unfortunately, due to insufficient funding to replace the bridge which crosses Cordova Creek, the naturalization project did not include the lowest approximately 400 feet of the creek.

Planning for a Naturalized Confluence

In addition to preparing an up to 65% design for naturalization, the project will plan for access improvements aimed at better connecting the creek with the American River Ranch, facilitating educational program use of the site from Soil Born Farms and Elderberry Farms. In order to design a naturalized confluence which best enhances the ecosystem, the project includes scientific study to understand aquatic baseline conditions and determine habitat suitability for salmonids and other native species. 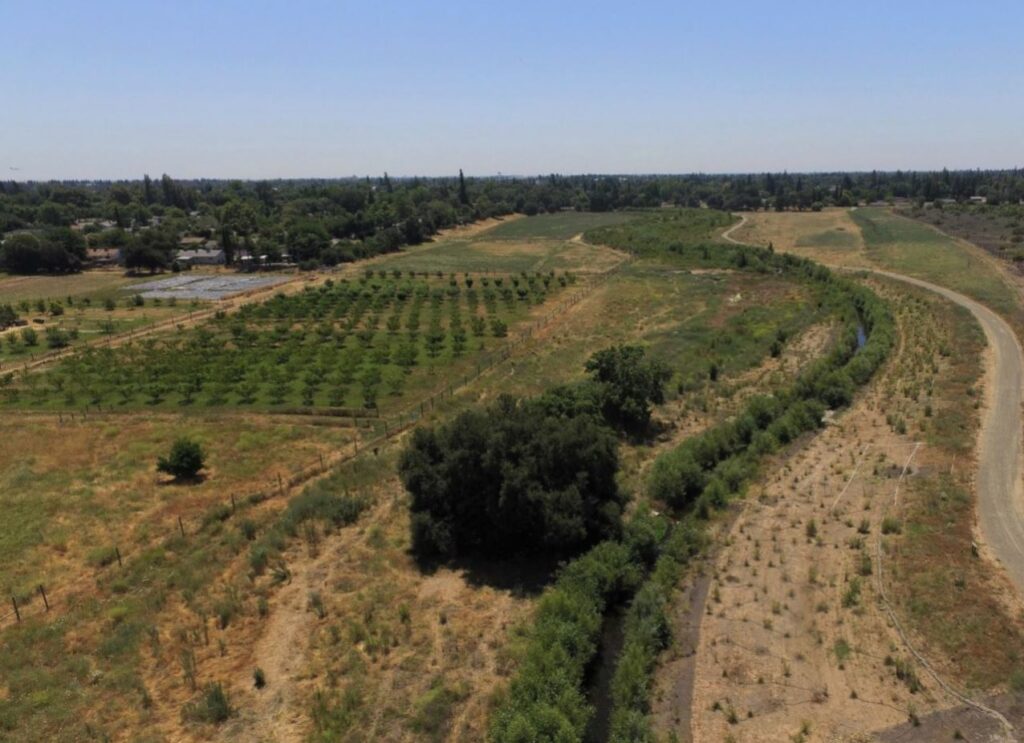